I wrote about junihitoe (special kimono) experience on my another website. Send me a message if you are interested in trying this.

Last week, I experienced wearing special kimonos. One is called junihitoe (十二単), multi-layered kimono for court ladies – this is still worn by imperial families on special occasions like their wedding ceremonies. Another one is Kariginu (狩衣), informal clothes worn by nobles when they went hunting in the old time.

Unlike normal kimonos, it is not really easy to have an opportunity to wear these clothes. This time, I had the luck to know a lady who mastered “emon-do (衣紋道)”, special dressing skills and manners to help someone wear this kimono, and she kindly invited me to experience this.

Not only just wearing these kimonos, I could learn how the nobles in the old  time behaved. For example, court ladies in junihitoe could not show their faces, ears and hands in front of people. They used a big fan to cover the face.

Men could show their faces, but instead they had to cover…

Dear my friends in the blogosphere,

I launched a new website to introduce my translation and guiding services. If you have interested in these, please check it out! 😀 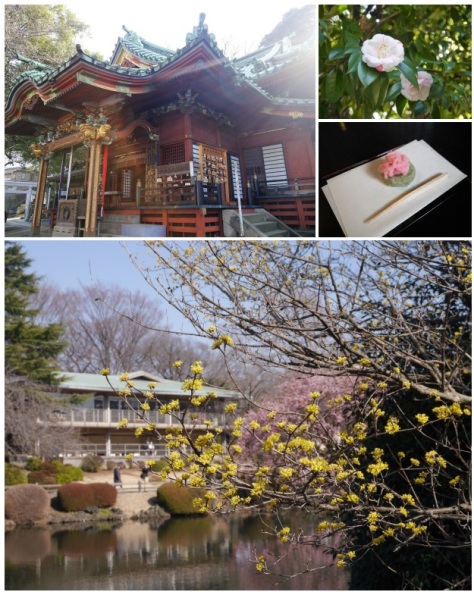 Yesterday, while walking around Komagome in Tokyo, I was thinking of visiting Rikugi-en, a famous garden for its huge weeping cherry. I used to live around there and felt a kind of nostalgic. But it was so crowded, so I changed my mind. Instead, I visited the temple nearby called “Kichijo-ji” which was really calm. It’s fun to find some quiet places like this where only locals visit. 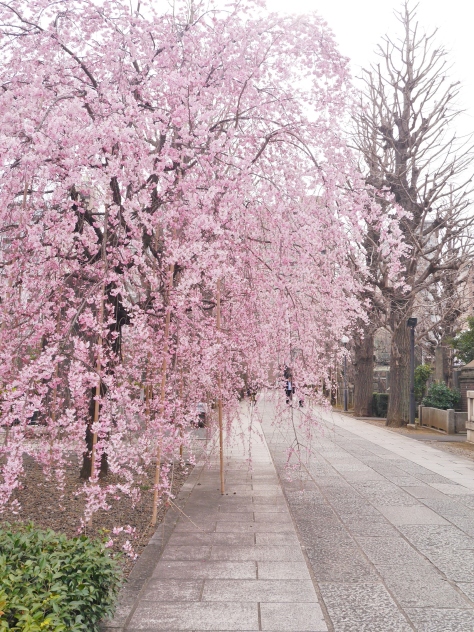 By the way, Komagome is worth visiting for those who love sakura. Someiyoshino, the most representative sakura tree,  originallly comes from this place – In the past, the place around Komagome was called “Somei village” where many gardeners lived.

There is such a cute mailbox in front of North Exit, JR Komagome Station. 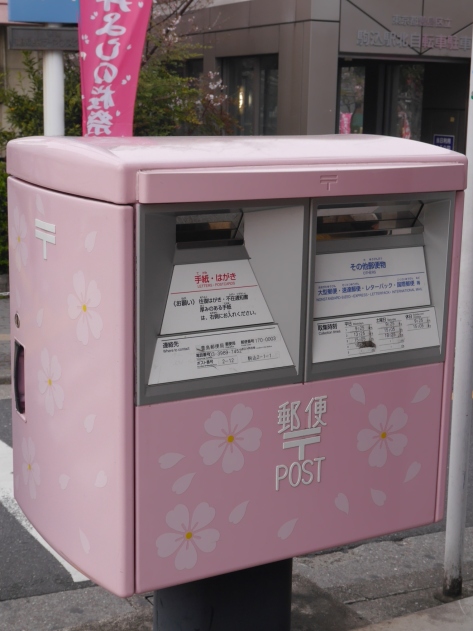 Yesterday, I was lucky enough to pass by “Gyokuzo-in” a temple of Shingon Buddhism in Urawa, which is famous for a 100 year-old weeping cherry (shidare-zakura).

It was quite a surprize to find this in the middle of the city. 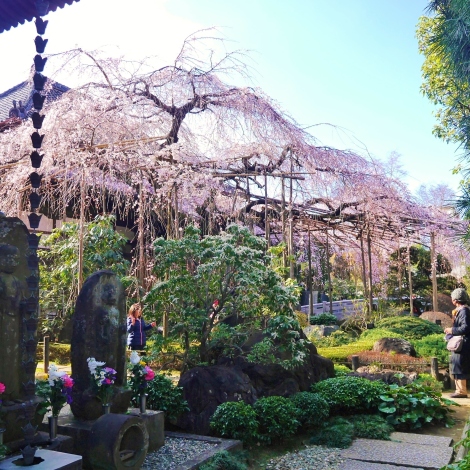 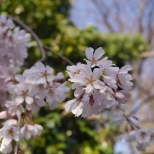 So finally, sakura started blooming in Tokyo yesterday, following the announcement of Fukuoka on March 19. According to the weather forcast, it seems to last till the end of this month.

Here are my favorite sakura viewing spots in Tokyo:

I took these picutures yesterday (March 3) at Shinjuku Gyoen after an appointment. It’s one of the most recommended places to enjoy a variety of sakura in Tokyo – there are about 65 kinds of sakura. Here are some kinds of sakura you can see right now!

Bulbul on a shuzenji-kanzakura tree 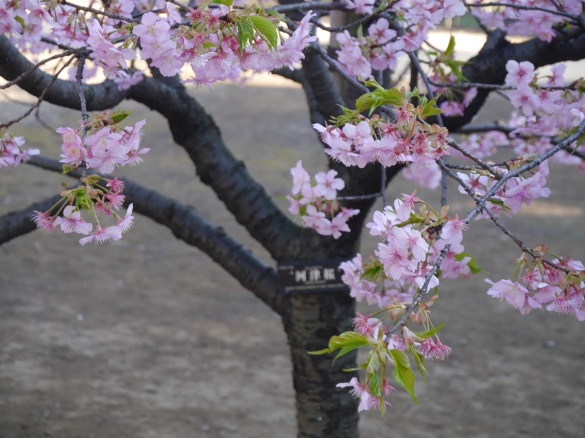 And now, ume blossoms are in full bloom so don’t miss it!

Due to the warm weather, the weather forecast says that sakura (cherry blossoms) will bloom a bit earlier this spring.

According to tenki.jp, the forecasted days for the major cities in Japan as of March 2 are as follows.

This is just a forecast, so it may change depending on the weather condition. Actually, it is quite hard to predict the exact day and I think this uncertainty is one of the charms of sakura.

For foreign travellers who come to see sakura sometimes might get disapponted if they unfortunately miss it. In that case, there are still some options!

1. Travel north – Sakura start blooming from the south. So if you travel north, they bloom much later. And what is more, there are wonderful sakura viewing places in the north – e.g. Hirosaki, Kitakami and Kakunodate. Again, the forecast is not 100% sure, so when you travel north, keep checking the most updated information on the internet.

2. Look for other kinds of sakura: the most famous and popular sakura is someiyoshino, but there are lots of other kinds like shidare-zakura (weeping cherry) and yae-zakura (double flowering cherry). And some of them bloom after someiyoshino.

3. There are other beautiful Japanese flowers that people have loved from the old time! For instance, Japanese wisteria and azalea… they are truly worth seeing.