My husband dined out last night, so I went to my parents’ place and cooked Hittsumi with my mom. This is a local dish in the sourthern part of Aomori and Iwate, the Tohoku region (northern part of mainland Japan). It’s one of my favorite recipes I learned when I lived in Aomori. I often helped local farmers and I often had Hittsumi with them after working on the farm – it tasted so special!

According to statistics published by Japan Tourism Agency, the top six destinations for foreign visitors from January to March, 2014 are Tokyo (48.7%), Osaka(24.7%), Kyoto (18.0%), Kanagawa (11.0%), Hokkaido(10.5%) and Fukuoka (10.5%).  Although these places – most of them are urban areas – offer lots of attractions, you should not miss Japanese countryside where poetic sceneries, traditions and mysteries are still alive, especially if you expect something really Japanese, like things described in Kurosawa’s films or Miyazaki’s animation world. If you’re looking for summer destinations where you can feel deep Japan, I would recommend the Tohoku region (north part of mainland Japan) consisting of 6 prefectures – Aomori, Iwate, Miyagi, Akita, Yamagata and Fukushima. Not only because you can escape from the heat, but you can experience the best part of Japanese summer festivals. There are three great festival in Tohoku, namely Aomori Nebuta Festival, Akita Kanto Festival and Sendai Tanabata Festival, all of which take place in early August. In addition, you can enjoy the dynamic nature and high quality hot springs.

Above all, my favorite destination is Aomori prefecture where I used to live for two years.

Aomori Prefecture is located in the very north of mainland Japan. It takes a bit more than three hours by bullet train from Tokyo.  Aomori is not small like Tokyo, so it’s impossible to make one day trip. I would recommend at least 3 days to fully enjoy this area. And what attracts me is its state of chaos: There is beautiful nature as represented by Shirakami-sanchi, world natural heritage site as well as traditional festivals and events,  interesting folk beliefs. On the other hand, there exist military facilities and rare energy related facilities such as nuclear reprocessing plant, which are still controversial. It’s one of the best places to learn what’s hidden behind Japan’s buoyant image of developed country. I try to introduce some of their charms in this article. 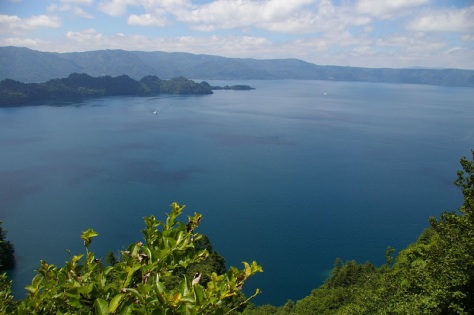 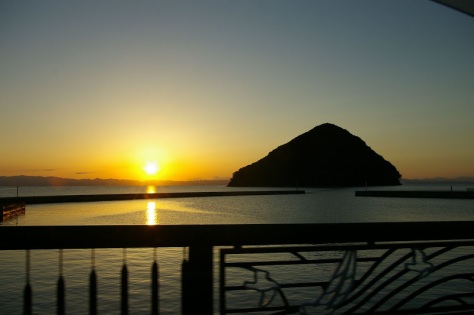 Don’t miss it if you come to this area in summer. Festivals in Aomori is like an explosion of passion in a very short summer in the north. You’ll be dazzled by fever, lights and music – It’s just like a dream. Among lots of festivals (e.g. Hachinohe Sansha Taisai, Kuroishi Yosare etc.), the most famous one is Nebuta. Nebuta has lots of variations in themselves, but the followings are well-known. It’s interesting to compare three different Nebuta, to see how their style and atmosphere is different from each other.

Aomori Nebuta Festival
http://www.atca.info/nebuta_en/
Date: August 2-7
Place: Aomori City
Huge lantern dolls Nebuta parade on the street with ‘haneto‘ jumping dancers, ‘baketo‘ performers and musicians, shouting “rassera, rassera, rasse rasse rasse ra…” originating from ‘dase‘ meaning ‘hand over’  to request candles, sake or candies.  You’ll notice lots of bells on haneto’s outfits. As they jump so hard, these bells easily fall out. It is said that you’ll be happy if you can catch or pick them. You can rent an outfit and join as a dancer as well!

On the last day, they will float their Nebuta on the sea. Then we will realize this festival are related with the custom of lantern floating which will send the dead spirits and our impurity to another world.

Tachineputa Festival
http://www.tachineputa.jp/ (Japanese)
Date: August 4-8
Place: Goshogawara City
Tachineputa means ‘standing Nebuta’. You’ll be amazed to see that Neputa in Goshogawara  is gigantic. They shout provocatively, ‘Yattemare! Yattemare!’ (beat them! or go for it!) with masculine dance and music, which creates cool impression compared to other two.

Planet of the Apes?

Wakinosawa Village in Shimokita Peninsula is famous for Japanese monkeys and deer. They come down to the village to find food due to deforestation. The damage caused by monkeys are serious. They eat what the villagers grew and even what’s stored in their house. When I visited there, I felt as if it was a real life version of Planet of the Apes. The number of monkeys on the street were apparently bigger than that of villagers. In the village, like a weather forecast, the village announces the information on where monkey appear several times a day.

Aomori has a variety of hot springs. My favorites are Sukayu, Furo-fushi Onsen and Asamushi Onsen.  In addition, Aoni Onsen is a romantic place as shown below… 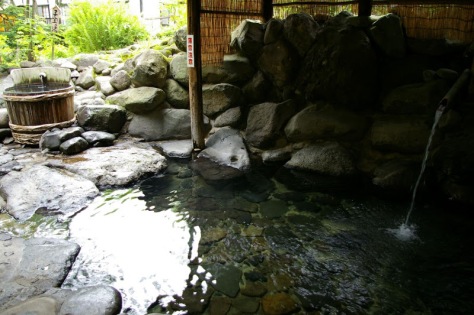 However, the most striking and coolest hot spring I ever visited in my life is the one which is located in Osorezan (Mt. Osore) in Shimokita Peninsula. Osorezan is famous as a spiritual place. In this area, it has been said that people go to this mountain after their death. Many people visit itako (necromancers) to communicate with the dead people while they gather in the festival seasons in July and October. It is not really well-known that there is a hot spring in this place. So, it is not crowded and the quality of hot spring is just nice. If you are planning to visit this mountain, don’t forget amenities and towels!

They have so many other attractions that I can’t mention all at once. I will try to introduce more some other time 🙂